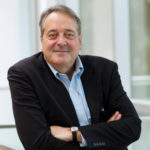 Leveraging diversity for innovation and performance

Culture is the way in which a group of people solves problems and reconciles dilemmas and Dr Fons Trompenaars will showcase using the Trompenaars Hampden-Turner 7 Dimensions of Culture that every culture distinguishes itself from others by the specific solutions it chooses to certain problems, which reveal themselves as dilemmas.

When the ‘hard side’ of business and strategy clashes with culture, culture always wins. Culture is an enabler for successful relations, but also a minefield for potential conflicts.

In order to leverage the strength of diversity, one should move beyond nationality, gender, and ethnicity by incorporating the multiple layers of values that form perceptions and guide behaviours. Diversity can only lead to higher performance if it goes beyond social justice and equal treatment; it is an essential ingredient and pre-condition for growth and innovation.

Dr Fons Trompenaars studied Economics at the Free University of Amsterdam and later earned a PhD from Wharton School, University of Pennsylvania, with a dissertation on differences in conceptions of organizational structure in various cultures. He experienced cultural differences firsthand at home, where he grew up speaking both French and Dutch, and then later at work with Shell in nine countries.

Fons joined Shell in 1981 and moved into the Personnel Division for Shell in Rotterdam. From 1985, he worked in job classification and management development at the Shell Research Laboratories in Amsterdam. In 1989 he founded the Centre for International Business Studies, a consulting and training organization for international management. Since 1998 we operate as Trompenaars Hampden-Turner. Fons Trompenaars has worked as a consultant for Shell, BP, ICI, Philips, Heineken, TRW, Mars, Motorola, General Motors, Nike, Cable and Wireless, CSM, and Merrill Lynch.

Fons Trompenaars is known all over the world for his work as consultant, trainer, motivational speaker and author of many books on the subject of culture and business. He has spent over 25 years helping Fortune 500 leaders and professionals manage and solve their business and cultural dilemmas to increase global effectiveness and performance, particularly in the areas of globalisation, mergers and acquisition, HR, and leadership development.

Listed regularly one of the most influential management thinkers alive and inducted into the Thinkers50 Hall of Fame in 2017. as one of the world’s most influential, living, management thinkers, he has been awarded the International Professional Practice Area Research Award by the American Society for Training and Development. Fons was voted one of the top 20 HR Most Influential International Thinkers 2011 by HR Magazine. He is also ranked in the Thinkers50 2011, 2013 and 2015.   He was inducted into the Thinker50 Hall of Fame in 2017.